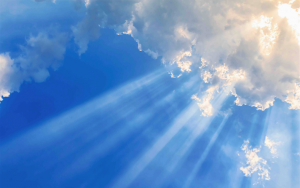 Dear friends
In my July update I wrote that I was taking time out to go into a creative process and to discover what this new ‘era’ in my life will look like. I knew there were books to write, and more development to come for my Aliya courses, but there was still a feeling that ‘everything will change’, and I kept hearing the words ‘new era, not even a new chapter’. It felt like I had to go with the flow that my guides were creating for me.

I am very happy to say that I have been writing, downloading lots of new information, writing and writing some more, but perhaps most importantly I have been co-creating my new life hand-in-hand with the divine. This is something I have come to really appreciate the depth of – to co-create with the divine – in every aspect of life. It is a beautiful dance, but one that requires trust both in the divine and in oneself. I feel very fortunate to have been able to go into such a process, having the time and space to immerse myself in this wondrous and multifaceted (but not always easy!) collaboration alongside my writing (and also refurbish my house at the same time, which was a good way to stay grounded, but more on that in the future).

As humans we tend to want to know the path before we walk it, but the best co-creation with the divine is one where we sometimes surrender to trusting blindly. That is not to say we give our power away, or abdicate responsibility for our choices, our behaviour, our finances, our health or physical safety, but that we allow the divine some space to cook up what we asked for, without us stirring the pots and measuring the ingredients every step of the way. It’s about being clear about what we want (and don’t want) just as much as it is about listening to our guidance; it’s a dance with the divine, not a straight-line race. Sometimes that means we are asked to take a leap of faith, not knowing fully what’s on the other side. Sometimes a leap is the only way to get to where you want to be. A leap isn’t a step, it isn’t on a visible path – it’s a leap, which is why it requires faith.

My life so far has been a series of very distinct and different chapters – all beautiful and wondrous in their own way. It has meant taking many leaps of faith, trusting my intuition and trusting myself, sometimes because there simply weren’t anyone else in my life to take the leap with. Just after my 24th birthday I moved from my native Norway to London. I had followed my intuition, but I had no connections in Britain, I didn’t know a single soul, I had never been here before, I had nowhere to live, only a room to stay in for the first 12 nights. I was doing a 2 month summer course building up a portfolio to try to get accepted at Central St Martins. The summer course was the only certainty I had – everything else was completely unknown. I still remember so clearly coming out of Liverpool Street station from Stansted airport, rising up into the sunlight on the escalators and just standing on the pavement outside, looking at the world around and knowing in my heart that this, this is the new chapter, this is where I’m meant to be, even if I have no idea what the future holds. I was soaking it all up, elated and optimistic and excited! I guess Londoners weren’t used to such a sight, because it didn’t take long before a cabbie stuck his head out, looked slightly concerned and shouted to me “Alright there?”

This was one of many new chapters for me, so I’m used to big new beginnings. And I’ve always been excited about them. But the last year has felt like an even bigger change, a watershed, a BC/AD kind of feel. I didn’t know quite what the universe had in store for me, although I knew it was partly to do with me writing the books, and also working in a different way. I could see some pieces of the puzzle, some strands of the future, but felt there were other things that were being shielded from me for the time being. Sometimes it actually doesn’t serve us to know what’s coming, sometimes the future can only be revealed fully after we have walked the path, taken the leaps, left the old life in the past. So the last year I’ve been trying to follow my guidance as best I could, writing and learning along the way, but perhaps most importantly allowing the transformational process to flow.
For instance, I’ve been pushed to go into really deep states of complete acceptance, allowing, letting go, releasing all attachment to the outcome of a situation. A year ago I lost a close family member, and then five months later another close family member was at the threshold of death for a long period of time. It felt too much, too soon, too close. However, I had to practice (to the extreme) acceptance, non-attachment to the outcome, allowing another soul the freedom to leave, and to try to blend grief with truly unconditional love. I learnt a lot from that. Among other things I learnt that going into a state of non-attachment and unconditional love wasn’t as difficult as I had thought. It wasn’t easy, but with practice it wasn’t as hard as I imagined. It was a game changer for me in some ways, and a few months later when my very dearly beloved dog very suddenly became temporarily paralysed, and then was struggling to walk more than 15 minutes for several weeks, I found that I was able to quite easily go into the same state of acceptance at the thought of him maybe leaving me. I surprised myself at how I had shifted my whole energy into this new ‘ease of acceptance’, allowing those dearest to me to leave me, and knowing that, regardless of outcome, it would be ok. (I am very happy to report that my dog has recovered amazingly and we’re now back to our normal walking routine!)
So, being able to flow more easily with the unexpected or dramatic changes of life, coming into a state of non-attachment and acceptance while still being present emotionally, all this has been a blessing to experience, and probably an important part of transitioning over to my ‘new era’ and all the unknown experiences that the future holds.

So why am I sharing all this? We are in a time of great change on Earth, both globally, nationally and for many people also personally. Sometimes we yearn for the new and are quite happy to let the old ways, the old life, go. Sometimes we are more reluctant, hesitant or even flat out scared of endings, or indeed of the future. Sometimes we want change but we are still quite embedded in the old; we want change but we don’t want change. Humans are creatures of habit, and we tend to prefer safety. We like to know what’s ahead of us before we move forward. But sometimes in life we just have to have faith, take that leap, allow the past to stay in the past, allow other people to leave us, and allow ourselves to leave other people. Sometimes free fall can be the most liberating feeling – liberating and perhaps terrifying all at the same time. But if you are going to take that leap you cannot avoid being in free fall – just for a moment.

Allow your heart and your mind to have equal say, allow them to collaborate, to find a way forward in unison. Listen to your heart’s desire, and allow your mind to help get you there. Most of us have been taught to use our mind to keep our heart in check, to make sure the heart doesn’t operate freely, because that makes us vulnerable (or so we believe). We don’t fully trust the heart. But the key is to find balance, to set the heart free, to listen to it and become aware of what it is telling us. And the mind finds the way to consider what the heart tells us, and to implement it responsibly. Just as we can co-create with the divine, dance with the divine, so can our heart and our mind co-create together – dance together – if they are both free and allowed to come into balance with one another. This is the way forward, and this is the way of the future, the new way of living in The New Era – wholeheartedly.
Happy New Era everyone!

If you would like to contact me please use the form below. If possible please include a phone number I can contact you on as an alternative. Please check your spam / junk folders or filter settings if you don't hear back from me, and make sure your email settings will accept emails from the theresadahl.com domain as some email clients can block unknown senders. Thank you!

© Theresa Dahl, 2017 – 2020. Unauthorized use and/or duplication of any material on this site without express and written permission from this site’s author and/or owner is prohibited. Excerpts and links may be used, provided that full and clear credit is given to Theresa Dahl and theresadahl.com with appropriate and specific direction to the original content.